The Isles of Scilly are a group of approximately 200 low-lying granite islands and rocks that cover approximately 1600ha. Their distinctive character is recognised in the designation of the entire island group as a Conservation Area, Area of Outstanding Natural Beauty and a Heritage Coast. The islands are also home to RAMSAR (sites are of international importance designated under the Ramsar Convention) and Special Protection Area (EU Birds Directive) wetlands sites, 27 Sites of Special Scientific Interest, 238 Scheduled Ancient Monuments as well as 130 Listed Buildings. The Islands are also a marine haven for various species and habitats and the encompassing Marine Protected Areas are also designated as a Special Area of Conservation (EU Habitats Directive) and the areas around the islands are proposed for protection as Marine Conservation Zones. The Islands are encircled by a 50m depth contour which comes to within a few hundred metres of the shore along much of the north, east and south coasts, suggesting a steep slope into deep water at many locations. The Western Rocks, Annet, St. Agnes and the rocks and islands west of Bryher are separated from the rest of the archipelago by depths in excess of 10m. In comparison, St. Mary’s is separated from Bryher, Samson, Tresco and St. Martin’s by depths of less than one metre in places, with extensive tidal flats at low tides joining the latter four islands.

The Isles of Scilly also lies within a European Marine Site. This site is designated under Article 4(4) of the Directive (92/43/EEC) as it hosts the following habitats listed below:
•    Sandbanks that are slightly covered by sea water all the time (subtidal sandbanks)
•    Intertidal mudflats and sandflats not covered by seawater at low tide (intertidal mudflats and sandflats)
•    Reef (post moderation feature) 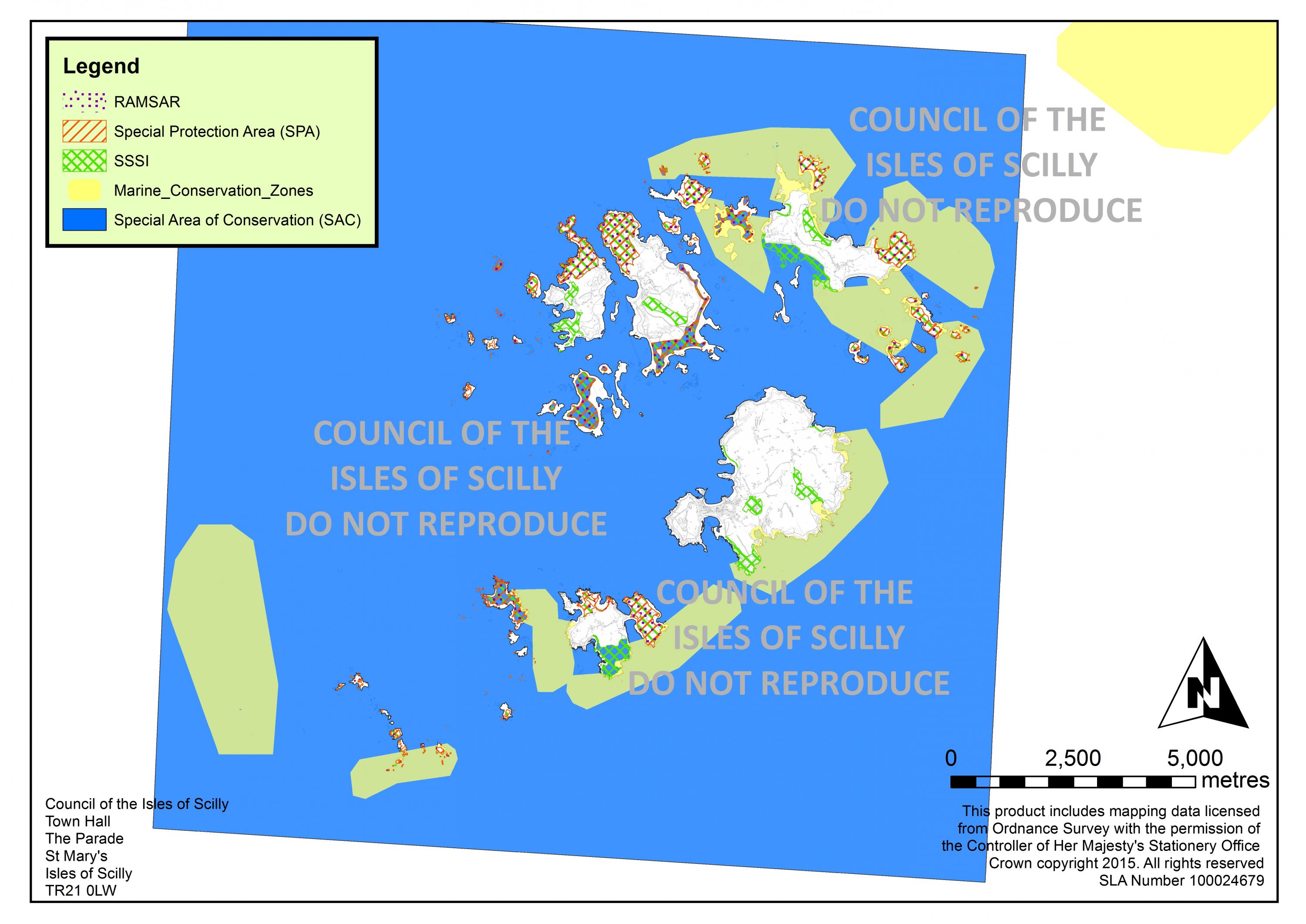