We work with the local business community and residents to bring forward viable propositions that will improve the economic output of the Islands by reducing barriers to employment and the workplace, by raising the value of existing products, by developing opportunities to diversify the business base and by delivering skilled and well paid employment opportunities. It also includes developing the skills and training that compliment the islands businesses and providing access to business support mechanisms and Higher and Further Education resources that can improve business performance.

Maintaining the economy of the islands is imperative to the long term sustainability of the community. Well paid jobs, career prospects and an atmosphere of entrepreneurism are all necessary to retain a balanced and viable population, as are the provision of affordable housing and community facilities that are both accessible and wide ranging. Of equal importance is the protection and preservation of the outstanding natural environment that is both the basis of our economy and the rationale behind the choice of many to live and work in our community. The work of the Economic Development Department integrates the principles of economy, environment, community, sustainability and equality of opportunity in all of its actions.

Over the past four years the Economic Development unit has been working on a number of ERDF Convergence Funded projects including the Porthcressa Regeneration Scheme, the St Agnes Island Hall Project, the St Mary’s Quay Project, Airport Projects at both Lands End and St Mary’s, Porthmellon Innovation Centre Project and the Porthloo Slip Project.

Porthcressa completed in Spring 2013, works have commenced on the delivery of the airport projects, the St Agnes Island Hall, Porthloo Slip is currently being delivered by the Duchy of Cornwall and works will start on site for the Wholesalers project in Spring/Summer 2014. The Council, and in particular the Economic Development unit, will continue to work with Cornwall Council to see through the delivery of the project to improve the quay and harbour at St Mary’s and Penzance respectively with a view to ensuring resilient transport links between the islands and the mainland.

In July 2009 the Council of the Isles of Scilly was successful in bidding for grant funding for a team to deliver the SIF and other European Regional Development Fund projects over the next four years. This team has been working within the Council’s Planning and Development Department over the last four years to deliver the priority projects set out in the SIF as well as pursuing other opportunities and priorities as they have arisen. 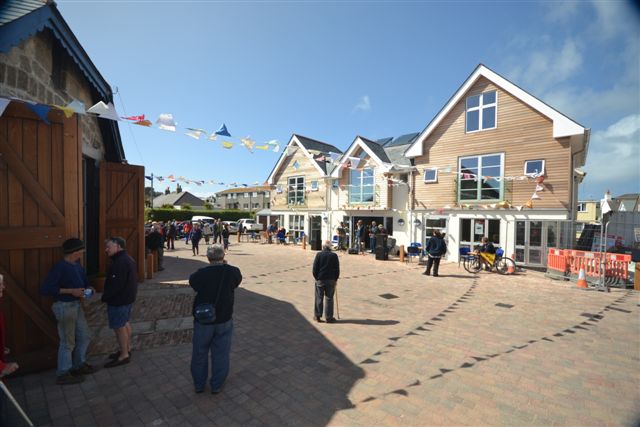 The Regeneration of Porthcressa Bank is now complete. The new beachfront facilities are now enjoyed by residents and visitors alike, with social, economic and environmental enhancements including;

· Enhanced public conveniences and an exceptional public shelter; and

· Provision of new workspace and much needed social housing. 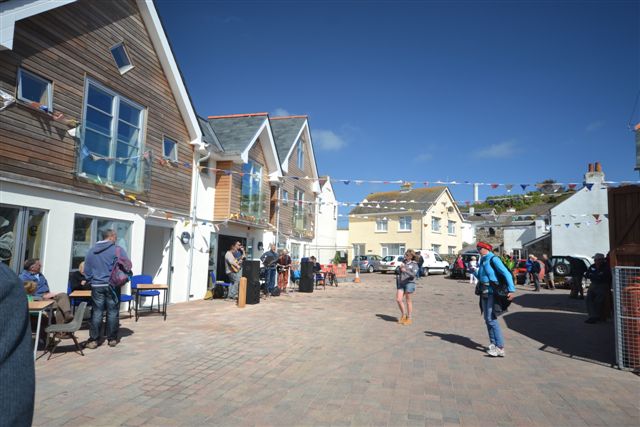 A celebration for the local community to mark completion of the scheme was held back in May, with music, cream teas, crafts and a bouncy castle as well as tours of the new Library, Register Office, housing and work units.

Work on this project began back in 2008 when the Council of the Isles of Scilly, working with the South West Regional Development Agency, began developing a master plan to deliver the regeneration of Porthcressa. A multi-disciplinary team of consultants including architects, quantity surveyors, landscape architects, mechanical and electrical engineers and traffic advisors were employed to develop a strategy that met with the islands characteristics and the ambitions of the community. A significant amount of study and consultation was undertaken and this work was instrumental in defining the scope and scale of the project as well as developing a shared vision for the redevelopment of this historic sea front locale. In August 2009 the Porthcressa Masterplan was published by consultants Roger Tym and Partners, Sandover Associates, Scott Wilson and Cyril Sweett. The document was taken to the Full Council meeting of the Council of the Isles of Scilly on the 10th September 2009 and Members of the committee resolved to accept the Masterplan as a supplementary planning document. In 2010, the Council of the Isles of Scilly appointed Poynton Bradbury Wynter Cole (PBWC) Architects Ltd and Scott Wilson to lead the development of designs to transform the vision of the master plan in to a realizable series of developments. This work included the production of design materials and the submission of a full planning application to take the project closer towards its physical development phase. The plans were presented to the Council's Planning and Development Committee at its meeting on the 25th January 2011 and planning permission was granted. Further design works and a competitive tender process were undertaken before the Council presented two business plans in late 2011 to the Cornwall and the Isles of Scilly Convergence Programme for European Regional Development Fund (ERDF) investment. The business plans were successful and as a result grant funding of over £2.5 million was granted for the scheme. In addition to the ERDF funding, the Council of the Isles of Scilly sought grant funding from the Homes and Communities Agency and were successful in levering in over £240,000 capital investment to the Porthcressa Regeneration project.

Following the appointment of a contractor to undertake the construction in late 2011, the Porthcressa regeneration Scheme commenced work on site in February 2012 and was completed by Spring 2013.

The project is expected to be open in Spring/Summer 2014

The economic development team have worked with islands based partners to develop a scheme that meets the needs of the islands within the budgets identified by the Department for Transport and the Convergence Programme. This work has included:

· Working with the design team to develop proposals that allow for a greater depth of water for berthing through quay extension, improvements to the freight handling facilities, improved access to the freight area, an improved ticket office and a DDA compliant surface for quay users.

· Development of detailed cost data, and

· Development of the ERDF business plan

The project will be, subject to funding confirmation, delivered by Cornwall Council .Further information on the project can be found here

The Council of the Isles of Scilly has been granted ERDF funding to redevelop the former Wholesalers building into a workspace centre. The Porthmellon Innovation Centre will provide a total of 467m2 (5,026ft2) of business workspace – primarily on the ground floor, but will also include a small first floor meeting gallery. 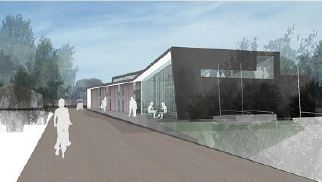 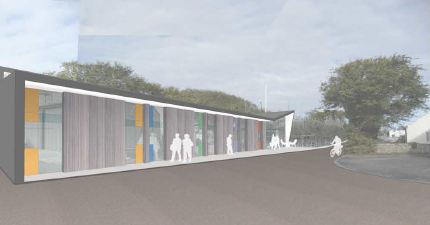