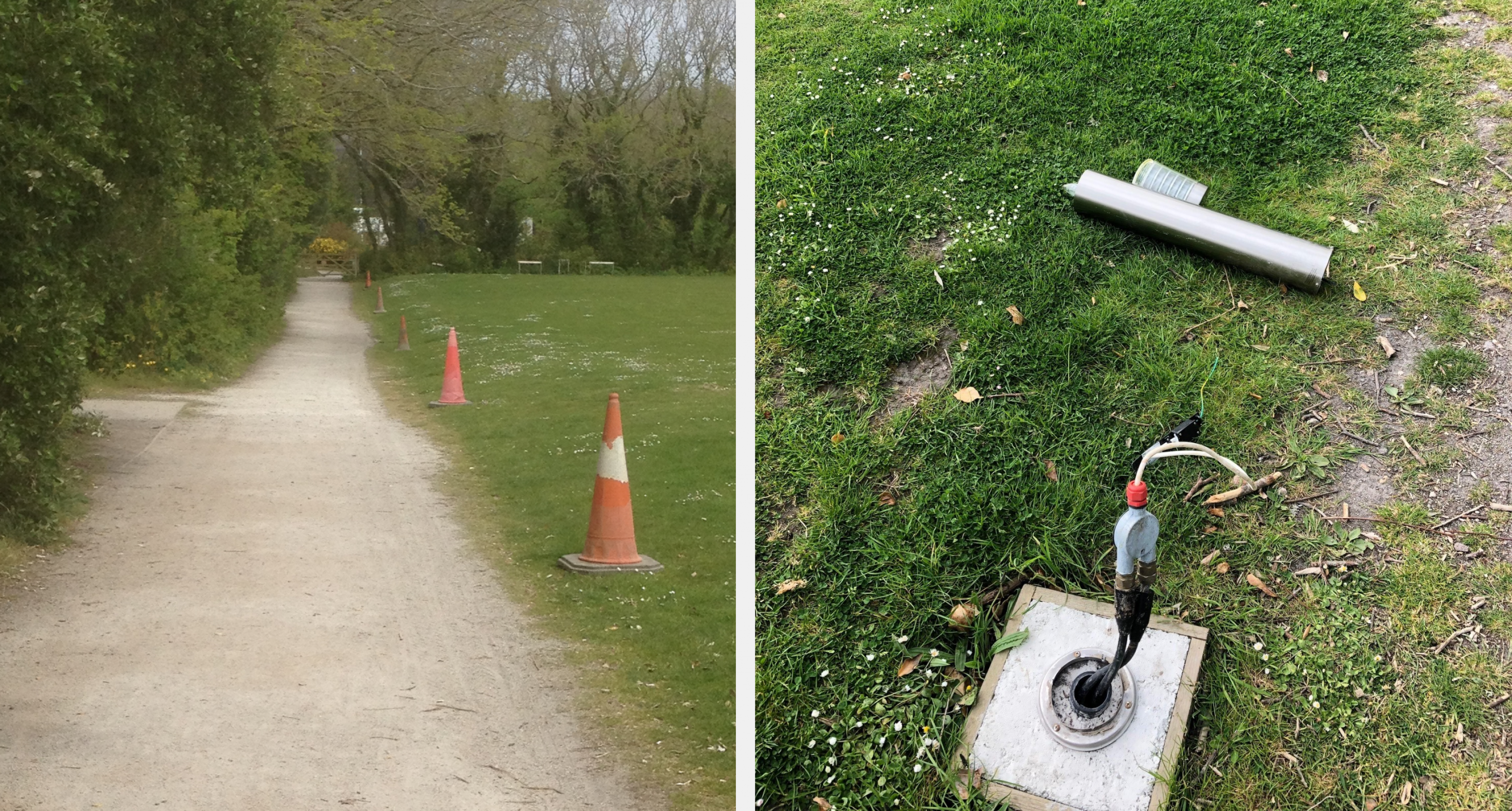 We’re sorry to have to report a serious act of vandalism to the bollard lighting in front of the Five Islands Academy and Wellbeing Centre.

During Thursday evening or early hours of Friday morning, almost all of the bollards were knocked over and the metal uprights damaged. The protective covers of the lights have also been broken off, with cables exposed and in some cases pulled out entirely, potentially putting the public at risk.

We are currently assessing the cost of this damage, but can confirm that all of the installations are beyond repair. The wiring has been isolated and thus made safe by an electrician.

The Council’s Senior Manager: Infrastructure & Planning, Craig Dryden, said: “this is not the first time that the bollards have been knocked over although it is the first time that such extensive, obvious vandalism has taken place. It is one of the worst examples that I have seen whilst working on Scilly. Thankfully vandalism is rare on the islands, but incidents of antisocial behaviour like this are harmful to the reputation of Scilly and the tax payer is forced to pick up the bill.”

The Council has reported the incident and we encourage residents who might have information regarding the perpetrators to also speak to the police.