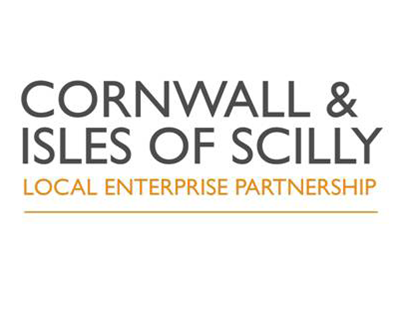 The Cornwall and Isles of Scilly Local Enterprise Partnership (LEP), Cornwall Council and the Council of the Isles of Scilly have secured a £198m Growth Deal from Government that aims to create 4,000 jobs and 6,000 new homes.

The deal, which follows months of negotiations, will see the Government invest £49m, mostly in the next two years, unlocking a further £149m from the public and private sector. Crucially, the LEP and local authorities have also secured new powers to make sure all spending decisions for the next EU funding programme are made locally.

And in what is being seen as a breakthrough for devolved government from Whitehall, the LEP will also have more control over a range of other Government spending streams.

The Growth Deal is the first major tranche of funding needed to deliver the Cornwall and Isles of Scilly Strategic Economic Plan that was launched earlier this year.

It will see investment in a raft of projects ranging from road improvements to unlock development sites and ease congestion, to cycling and bus routes, and improvements in skills and learning. It also recognises the crucial need to invest in sewage and water facilities on the Isles of Scilly to remove a critical barrier to growth, with a pledge from Government to work together on funding options.

“Not only have we secured new money to help us remove blockages to growth, but we have negotiated the freedom to make our own decisions.

“In effect we will have a single investment programme that bundles together EU and national funding from different sources, all channelled through the LEP to deliver jobs and growth in Cornwall and the Isles of Scilly. That’s a real breakthrough.”

John Pollard, Leader of Cornwall Council, said: “Securing this deal has been a tremendous team effort between the LEP, local authorities, our MPs and the business community who have worked together to make our voices heard. This deal gives us the control we sought and means we can set our own priorities. It’s great news for Cornwall and positions us well for future Growth Deals.”

Amanda Martin, Chairman of the Council of the Isles of Scilly, said: “This is welcome news for the Cornwall and Isles of Scilly LEP and provides more freedom to invest in the islands, for example, through smart grid investment, skills development and renewable energy. Improvements to mainland transport infrastructure, including roads and rail, will make it easier for people to reach us and will boost the visitor economy.

“Importantly, both Government and the LEP recognise that significant investment into water and sewerage infrastructure is vital to remove a critical barrier to future economic growth on the islands, and we welcome their commitment to work with us on options for this investment.”

Toby Parkins, President of Cornwall Chamber of Commerce and a leading light in the campaign for Cornwall and the Isles of Scilly to retain control of its EU funding programme, said: “Business will welcome this deal because it will remove barriers to growth and give them confidence to invest. Having local control of EU and national funding streams will reduce bureaucracy and target investment where it’s really needed.”

The Growth Deal for Cornwall and the Isles of Scilly will be formally announced by the Deputy Prime Minister Nick Clegg today (Monday 7th July) during a visit to Cornwall and is part of a national announcement of similar deals across England, each one tailored to different areas.

Further Growth Deals will follow and the Cornwall and Isles of Scilly LEP will shortly start discussions about its priorities for the next round of Growth Deals.

The deal announced today is in addition to the £520 million of EU funding that has been ring-fenced for Cornwall and the Isles of Scilly. Between now and 2020 the Cornwall and Isles of Scilly LEP will oversee an estimated £1 billion investment in the local economy.

Central Government has agreed provisional allocations to the following projects starting in 16/17 and beyond:

The Growth Deal includes a further £8.9 million of funding which the Government has previously committed to large scale transport schemes in Cornwall and the Isles of Scilly.

The Cornwall and Isles of Scilly Growth Deal breaks down as follows:

We are led by local business people working together with Cornwall Council and the Council of the Isles of Scilly to set priorities for how our economy should grow.

Our role is to decide how best to invest over £1 billion of public, private and European funds in the local economy by 2020.

We want to build on our traditional strengths in bedrock industries such as tourism, agriculture, food and marine and pioneer new industries that make the most of our special environment, such as renewable energy, agricultural technology and the digital economy.

Our guiding principle is making sure the culture, communities and environment of Cornwall and Isles of Scilly remain special and unique.