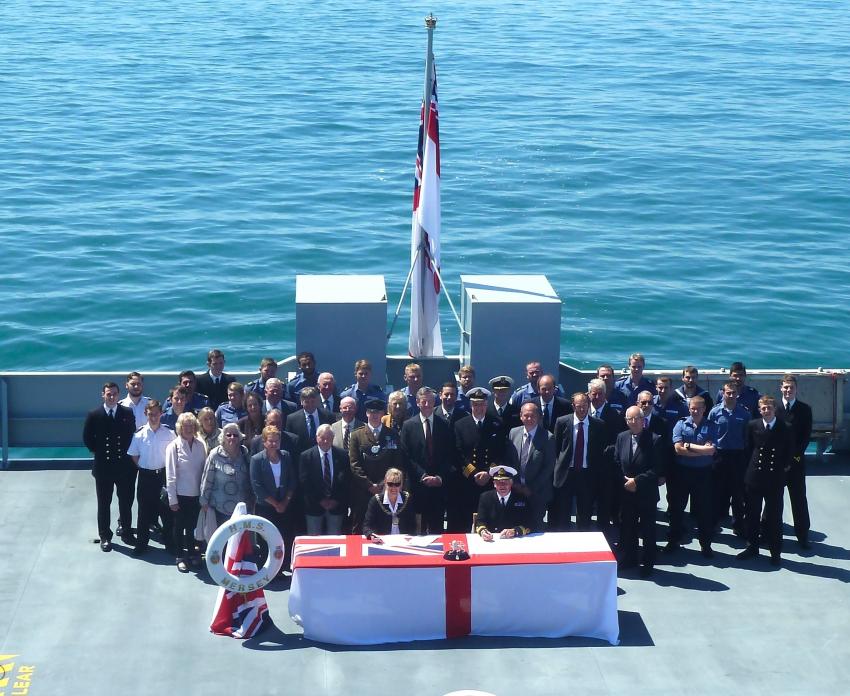 On Tuesday 15th July, HMS Mersey hosted an historic signature ceremony for the final Armed Forces Community Covenant in the UK. The last of just over 400 such Covenants was signed whilst the ship was at anchor off St Mary's.

Commodore Jamie Miller, Naval Regional Commander Wales and Western England, signed the Covenant on behalf of the Royal Navy and Amanda Martin, Chairman of the Council of the Isles of Scilly, led the civilian signatories which included representatives from across the islands and of course veterans.

In the evening Canon Paul Miller, Chaplain to the Isles, hosted a service outside Star Castle Hotel to commission the Covenant. The Sunset Ceremony closed with a ceremonial guard of sailors and buglers from the Band of 6 Rifles as the White Ensign was lowered from the ramparts.