The Council marked Remembrance Sunday in a private service on Sunday, 8 November. This was part of an effort to commemorate this important occasion safely given the restrictions on public gatherings during lockdown. Additionally, members of the public were encouraged to reflect at home and lay their wreaths in the Park over the course of the rest of the day.

The service took place as planned, led by the Reverend Canon Perran Gay. Representatives from the Council, Duchy of Cornwall and Royal British Legion laid wreaths on behalf of their organisations. 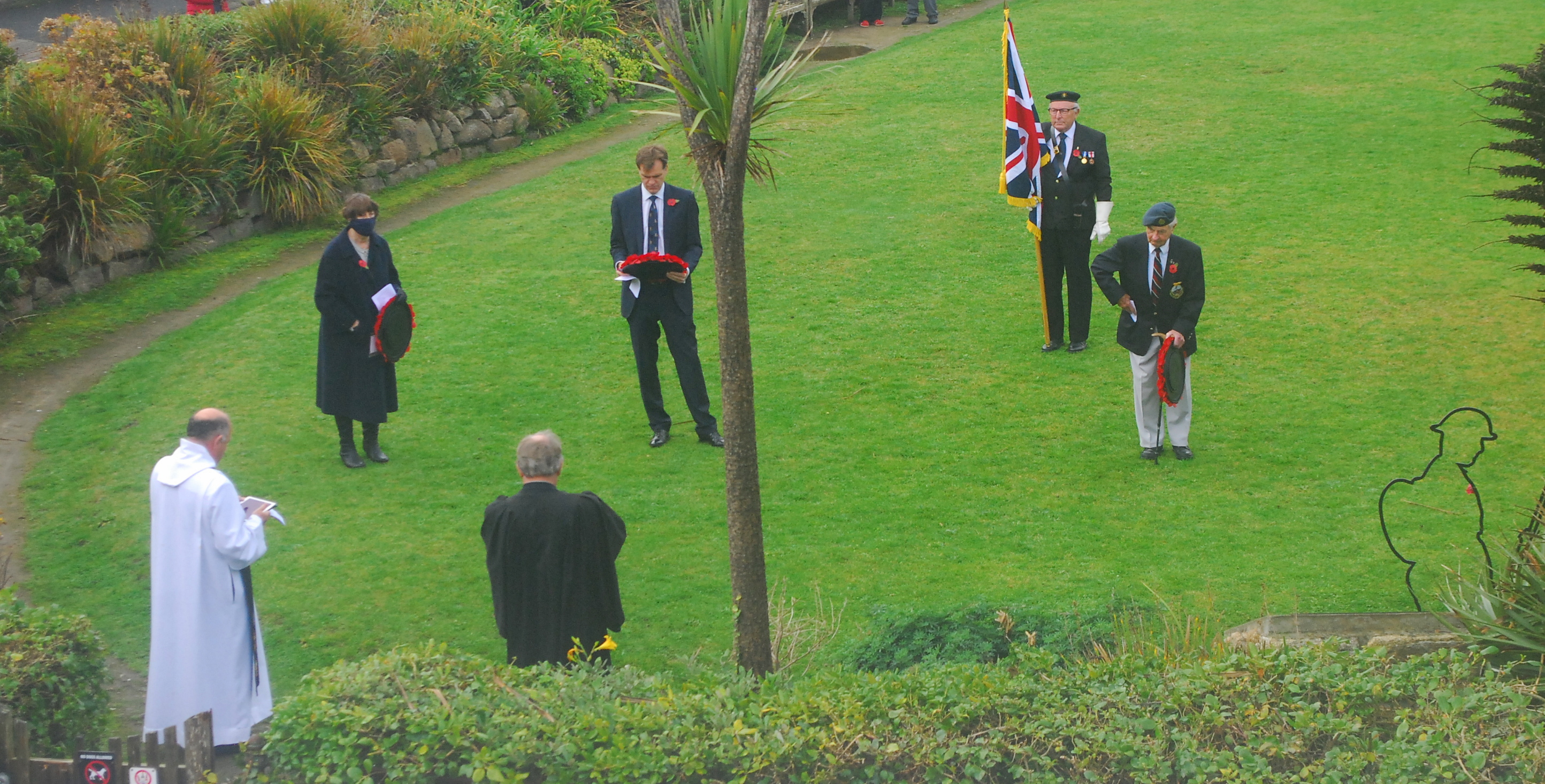 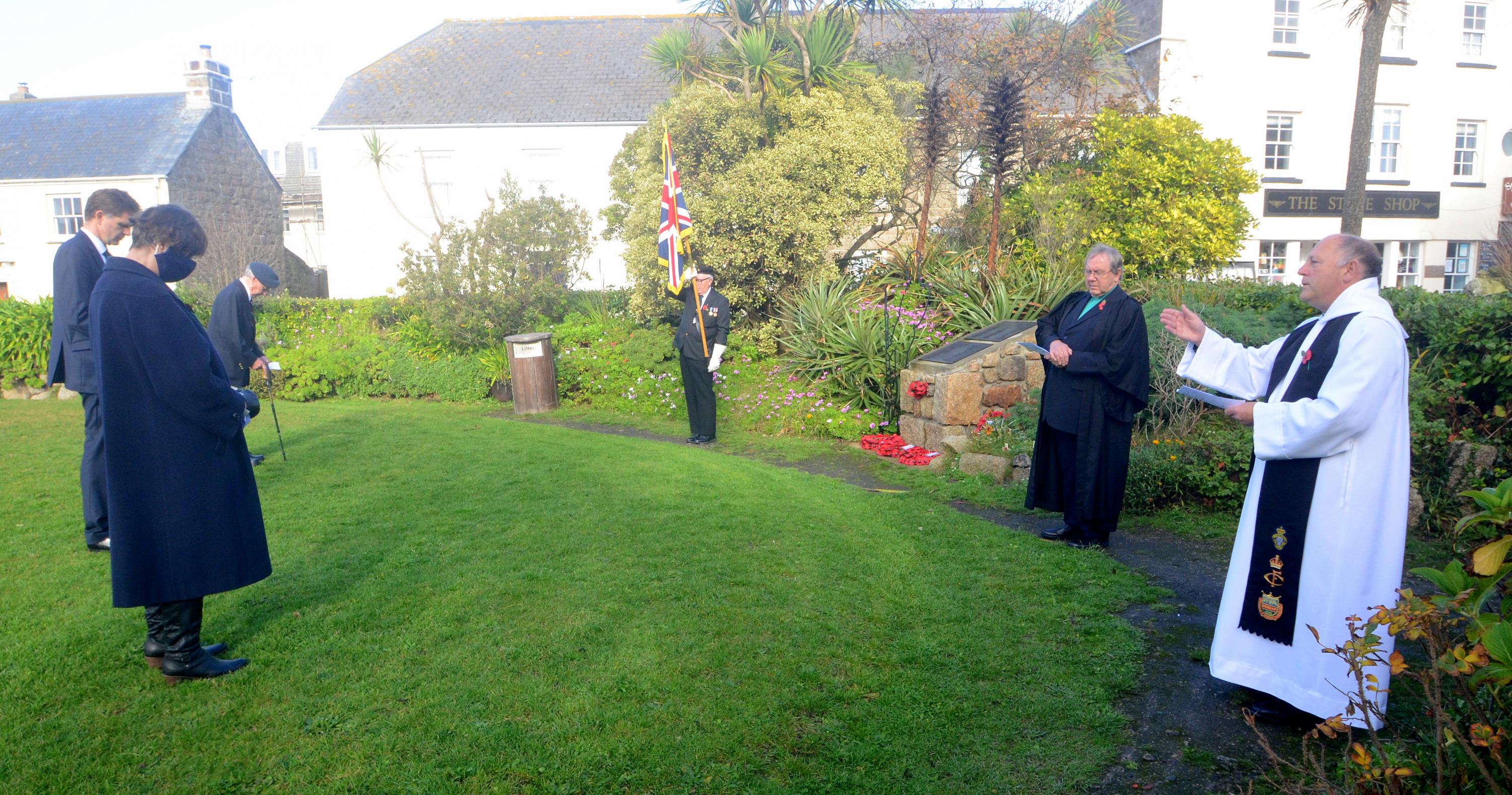 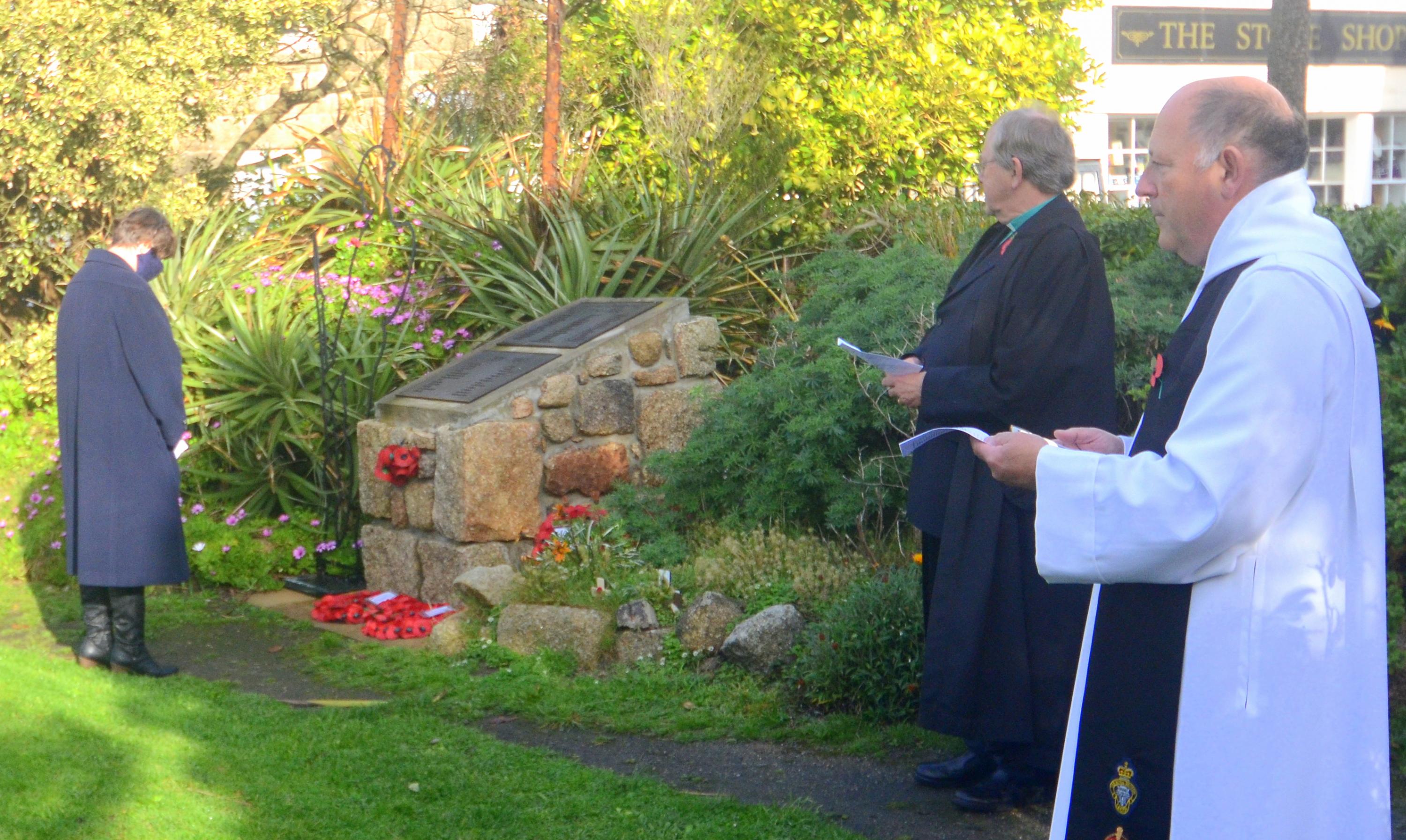 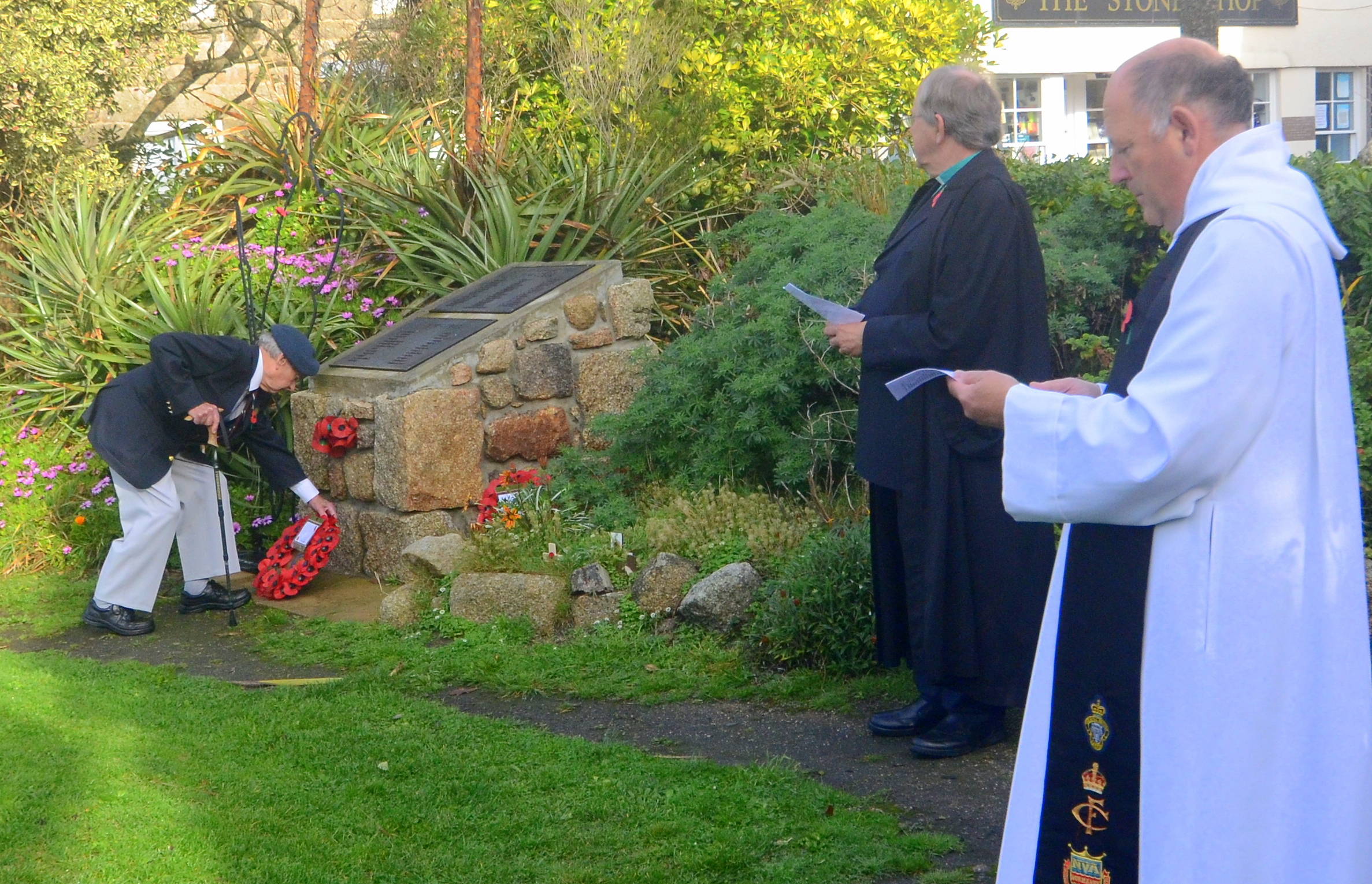 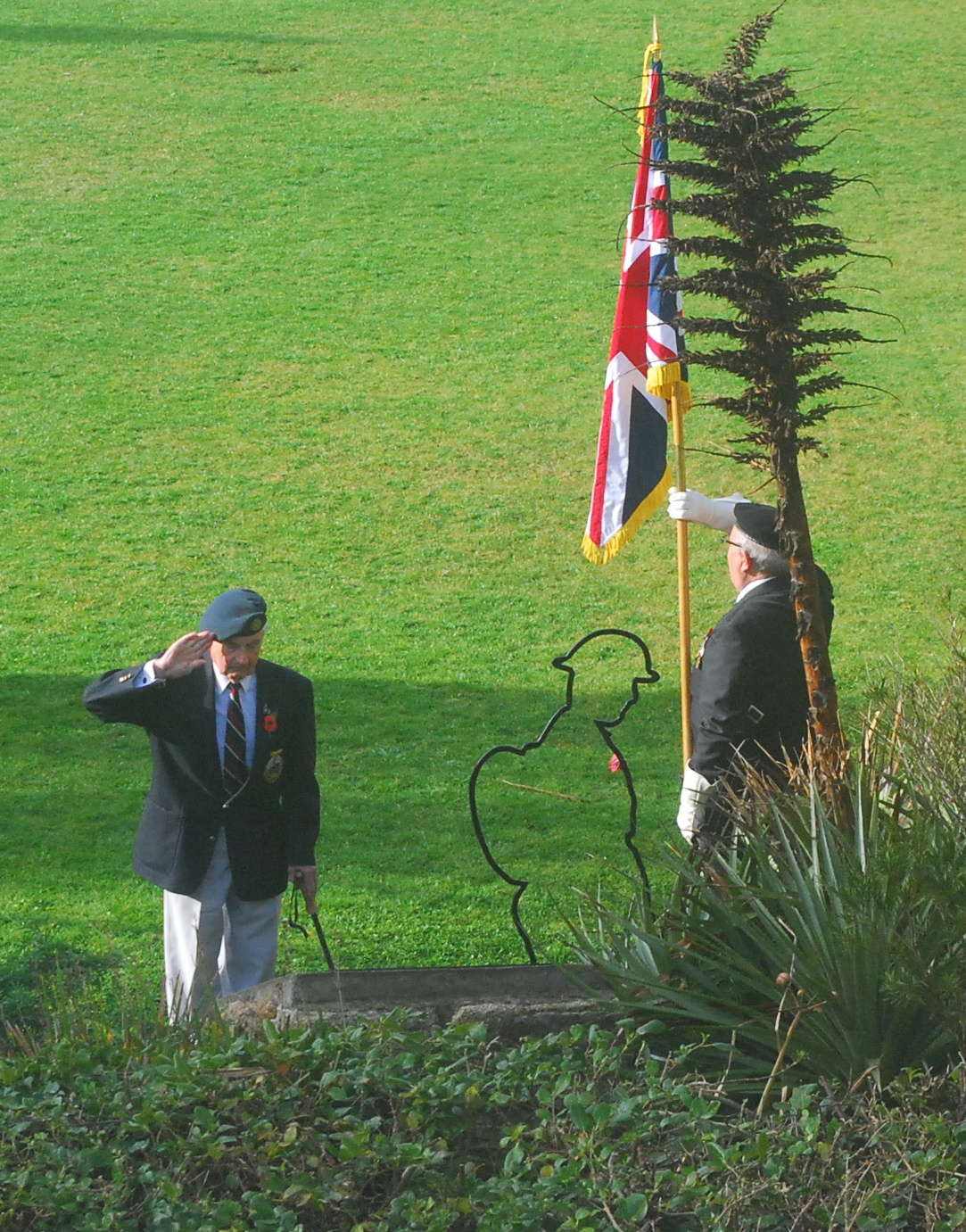 This year, the Veterans Charity transported remembrance wreaths to the Tommy memorial statue at London Paddington from locations within the GWR (Great Western Railway) network. Fortunately, they decided to include the Isles of Scilly in the journey. You can read more about this here and below are some photographs of the wreath's journey. 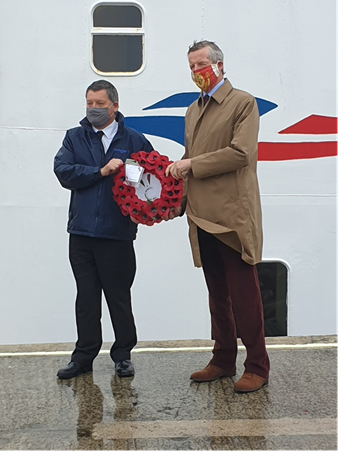 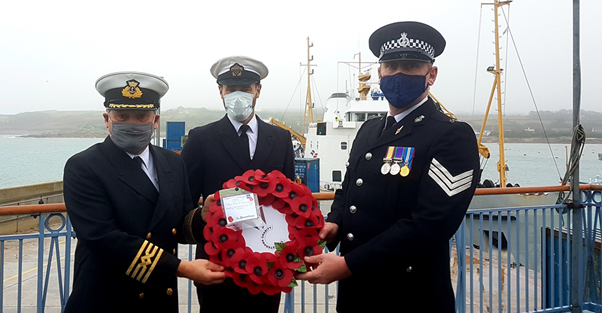 Transferring from IOS via Skybus: Edward (aka 'Smudge') Smith 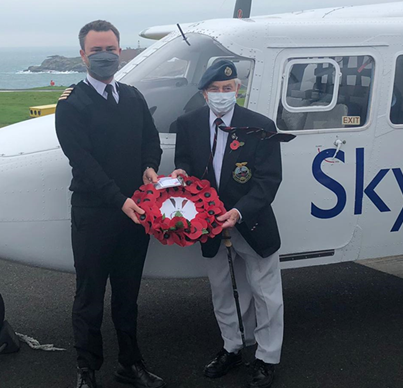 Transferring from Lands End Airport back to the Veterans Charity