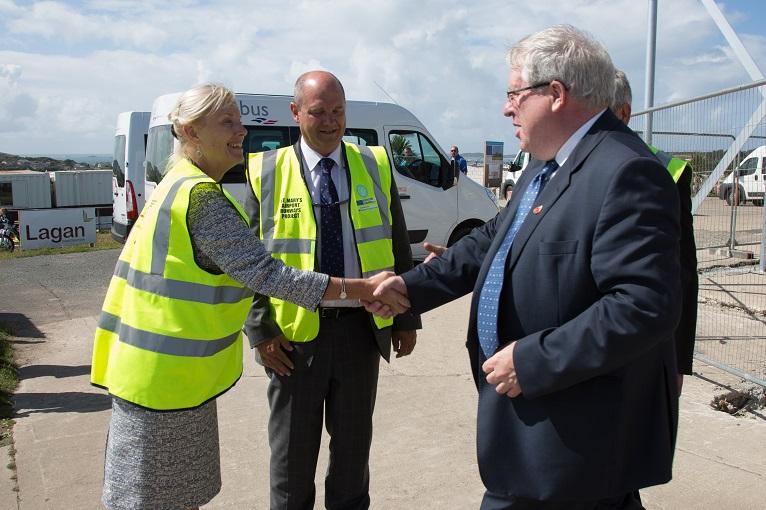 Secretary of State for Transport Patrick McLoughlin MP visited the islands where he confirmed over £9m of Government investment has been granted to continue the essential works to improve the Isles of Scilly sea link and the local road network.

Mr McLoughlin was met at the airport by Chairman of Council, Amanda Martin, and Chief Executive, Theo Leijser, along with representatives from Lagan Construction and the Isles of Scilly Steamship Company. 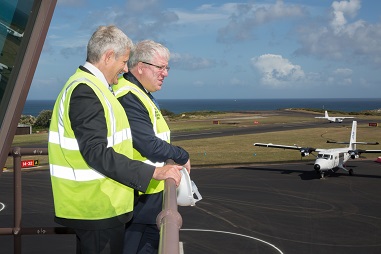 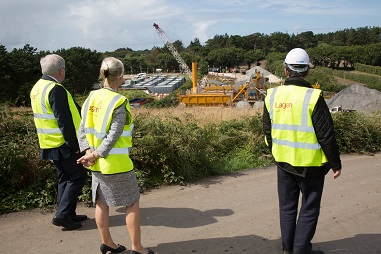 A brief guide to the works currently underway at the airport was followed by a visit to the Lagan Construction batching plant. The construction of the temporary site has created an opportunity to improve the local road network for the first time in 40 years concurrently with the newly surfaced runways at the airport.

Lagan Construction staff described in detail the extent of the airport extension works so far and the Transport Minister witnessed their dedication to the project. 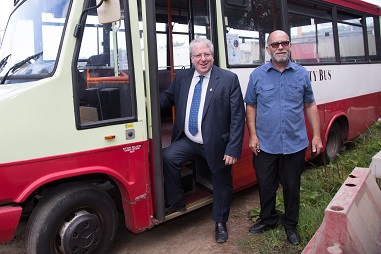 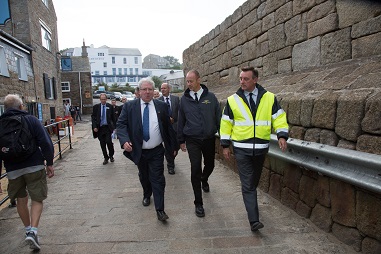 A trip on the Community Bus, courtesy of Councillor Steve Sims, gave opportunities for both a whistle-stop tour of St Mary’s and a chance to test out the new road surfaces after it was announced that a further £1.8m has been made available to continue these works.

At St Mary’s quay Harbourmaster Dale Clark discussed the quay extension plans with Mr McLoughlin, who confirmed that £7.3m had been set aside to improve the sea link between St Mary's and Penzance. 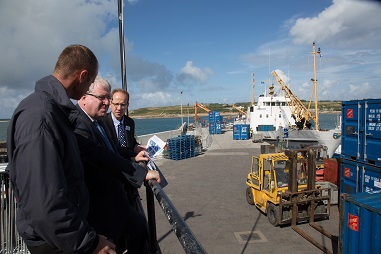 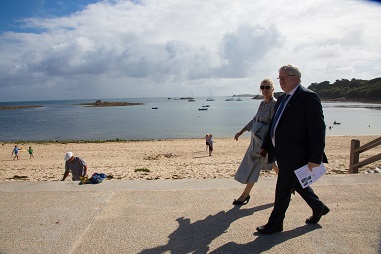 On his return to the airport, Mr McLoughlin spoke highly of the new runways at both Land’s End and St Mary’s. He hoped we would see significant improvements to the air service over the winter months. 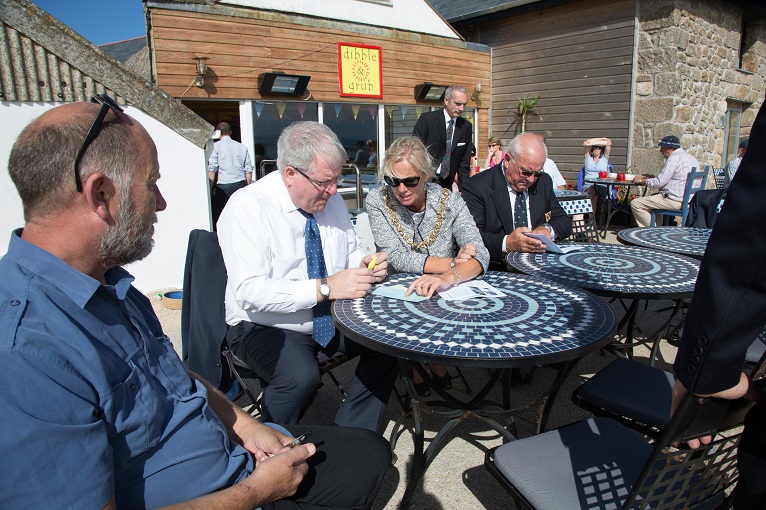 Speaking to journalists, the Secretary of State said, “What I have been looking at today is the investment we have put in today. The money we are spending on the quay and the airport will, I think, make a much more resilient service for local people and that’s the most important thing".

Chairman of the Council of the Isles of Scilly, Amanda Martin, said, ”On behalf of the Council we are delighted the Secretary of State came to see for himself how much we appreciate this investment. We are equally delighted that Cornwall Council is helping to deliver these essential projects.”