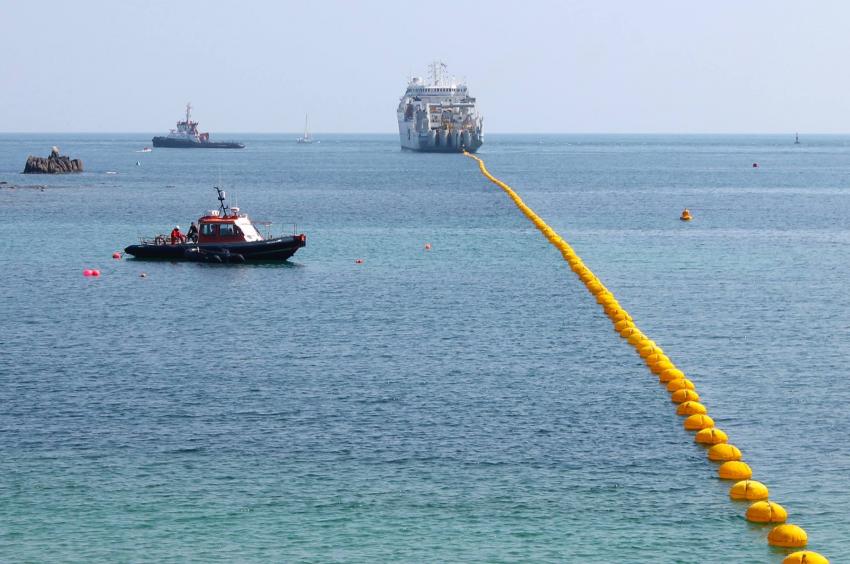 The Parliamentary Under Secretary of State for the Department for Communities and Local Government, Lord Ahmad, and the Chief Executive of BT Retail, Gavin Patterson will be on St Mary’s today as the pioneering project to bring superfast broadband to one of the most remote communities in Europe comes to completion.

The laying of the cable in July was described as one of the most ambitious projects ever undertaken in the UK. The month-long operation diverted a 939 kilometer fibre optic cable on the seabed of the Atlantic Ocean between Porthcurno and Santander.

New fibre optic cables have also been laid from St Mary’s to Tresco and between Tresco and Bryher, whilst new microwave radio links have been used to provide the same fibre broadband services for St Agnes and St Martin’s.

Gavin Patterson, chief executive of BT, said: “The arrival of fibre broadband on the Isles of Scilly, England’s most remote community, is a landmark event. It is a wonderful example of what is being achieved by BT in partnership with the public sector to bring this exciting technology to locations across the UK, which would have been considered beyond reach just a few years ago. Already, more than 21 million UK homes and businesses have access to fibre broadband – which puts the UK ahead of any other major European economy – and now we are pushing the boundaries to go even further.

Councillor Amanda Martin, Chairman of the Council of the Isles of Scilly, said: "The arrival of superfast fibre optic broadband demonstrates that good partnership working can overcome significant challenges.  Superfast broadband has the potential to revitalise the islands’ economy and to enhance the quality of living and working arrangements in the Isles of Scilly. I am proud that we are now one of the best connected archipelagos in the world. This would not have been possible without the significant investment by BT and the European Convergence programme.”

During his visit Lord Ahmad will also take the opportunity to attend the premises of local beneficiaries of business funding through the European Regional Development Fund.